Both spirituality and science confirm that our convoluted universe has been created by a higher force either purposefully or accidentally. As this force imbues us with awareness, it follows that the force itself possesses a higher level of awareness that may, voluntarily or involuntarily, influence the lower levels, such as the human psyche. Concurrently, the human psyche, both in individual and social settings, yearns to connect to a higher power. When this human desire is linked to what may be considered a higher power, a collective perception is created. This shared perception creates a social reality within the minds and interactions of the population.

This is exactly why the leaders of many ancient cultures and masters of spiritual practices have formed techniques and teachings (including personal and universal ethics) to elevate the individual and shared level of awareness into a higher state, maintaining a cohesive realm of reality for themselves and others using prayers, meditation, and contemplation/concentration techniques. The united practice of the group clarifies the perspective of each individual and unifies the shared perception (social reality), elevating the entire group to a higher level of awareness, communication, and integration of consciousness.

Scientifically, the study of quantum mechanics provides the closest link to describing the relationship between human mind and consciousness. Whether you choose to expand your study or experience of this concept or not, know that your current experiential realm of reality is but one frame of view existing as part of an infinite set of frames throughout space-time. To genuinely expand awareness of your own mind (frame of view), you need to understand the relation between your mind, other minds, and even other forms of consciousness. 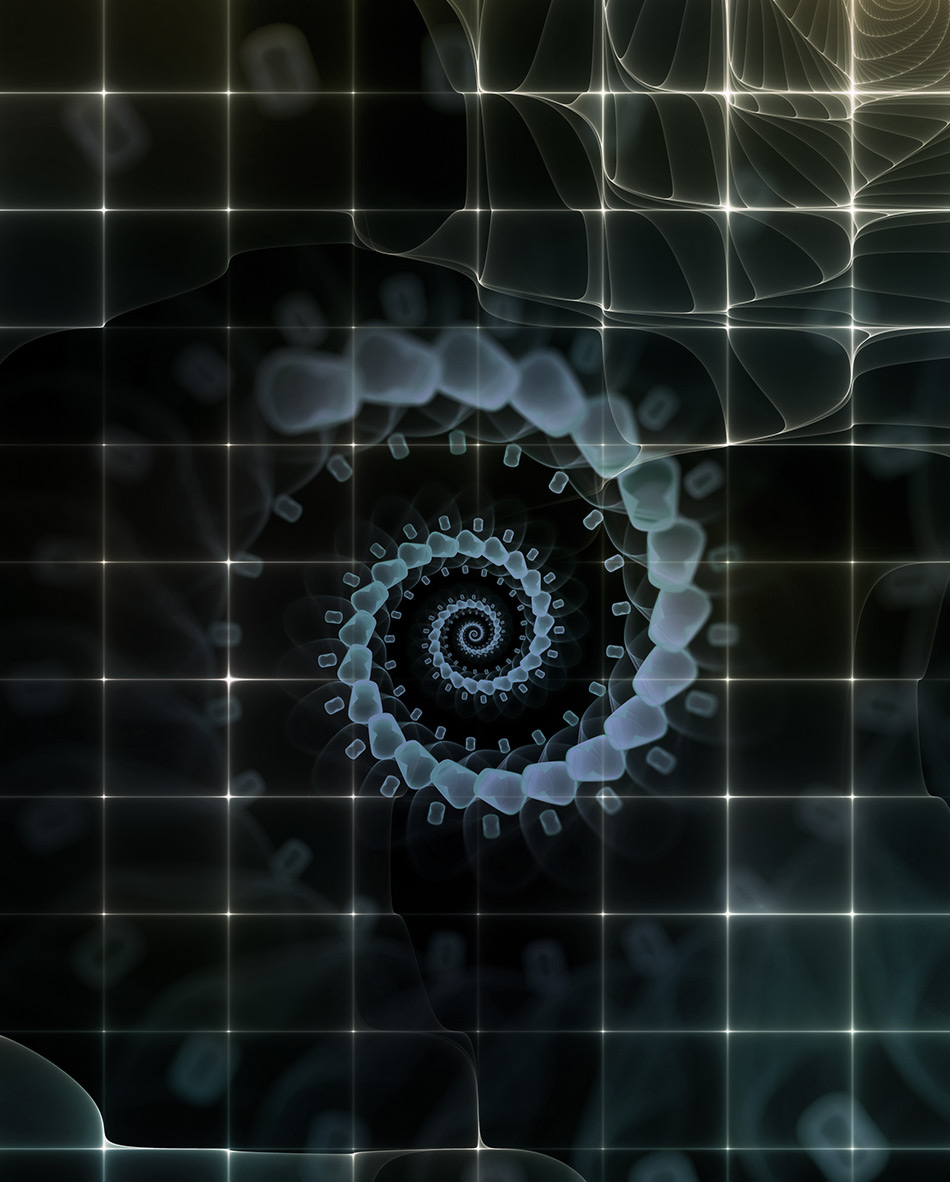 Quantum physics and neuroscience congruently propose a theory of higher dimensional interactions with mind and matter. This mental field combines the subjective mind and objective matter to create a higher realm of reality that we call the field of consciousness. The relationship between mind and brain can either increase or decrease the domain of personal reality. In other words, expanding our field of consciousness affects our fundamental understanding of self and the world around us.

Your brain constantly collects and calibrates itself to external and internal input, then re-creates this input as an internal sensation, based not only on the stimulus but also expectations and previous mental models. In neuroscience, the binding problem is the unanswered question of how the human brain cohesively combines—or binds—disparate perceptions (sights, sounds, feelings, and other sensation) of the external world, gathered cooperatively by various parts of the body and processed separately in different parts of the brain, to create a unified perception almost instantaneously. What you consciously experience at any moment is the result of this mysterious process.

Perhaps the closest physical model to demonstrate the consciousness field and the relation between human mind, brain, and information is found in the observation of black holes. Just as the human mind seems to draw in information, the strong attractive force of gravity causes a black hole to collect matter from external space. We cannot see the black hole itself, as light cannot escape its gravity; however, its properties can be inferred from its effect on nearby matter. For instance, a star that wanders too close to a black hole will be pulled apart by the gravity, emitting high-energy x-rays that can be detected by our instruments. Similarly, human mind is unseen, but we can begin to study its properties by measuring its effect on the body’s properties, including the body’s electromagnetic field (generated by both the brain and the heart). Members of multiple scientific disciplines, from physics to neuroscience, are beginning to formulate methods of measuring the field of consciousness so it can be studied objectively. 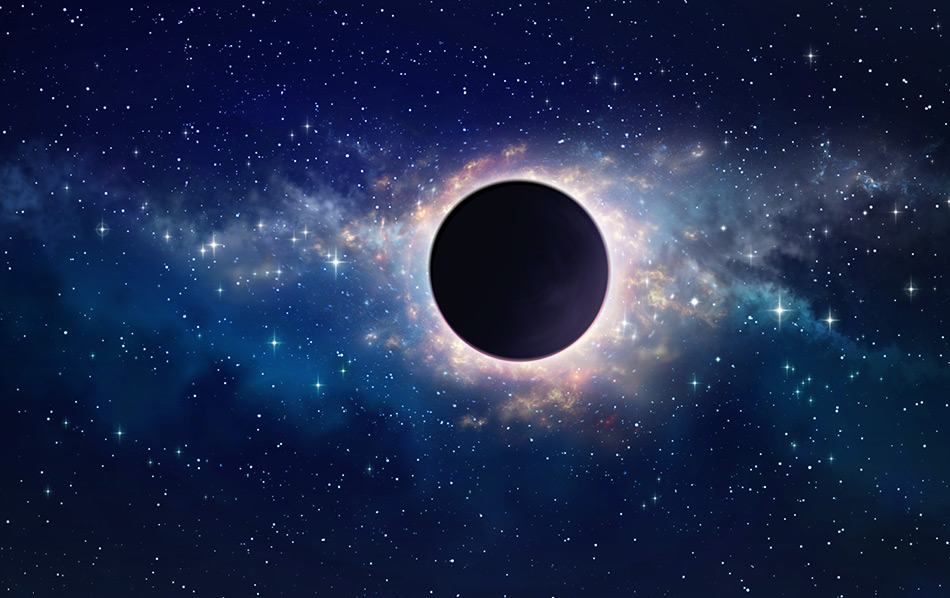 Something important to grasp from this discussion is that, when examining, experiencing, and maintaining your internal world, the present inability of scientific instruments to detect or describe your experience should not delude you into dismissing profound developmental experiences as “hallucination,” “coincidence,” or “imagination.” Modern science is only just beginning to understand the intricate, invisible relationship between consciousness and the apparently external world. To connect with your inner being is to understand when to trust and how to work with the information available to your unconscious mind.

Looking to quantum physics, the currently accepted scientific description of the fundamental nature of our universe, we discover that the concept of quantum entanglement mirrors the relationship between mind, brain, consciousness, and the objective world. Chapter Four will expand the concept of entanglement with practical explanation and informative practices you can use to build your internal understanding of these exciting concepts that exist at the boundary of modern science.

Some Hindoos were exhibiting an elephant in a dark room, and many people collected to see it. But as the place was too dark to permit them to see the elephant, they all felt it with their hands, to gain an idea of what it was like. One felt its trunk, and declared that the beast resembled a water-pipe; another felt its ear, and said it must be a large fan; another its leg, and thought it must be a pillar; another felt its back, and declared the beast must be like a great throne. According to the part which each felt, he gave a different description of the animal.

The eye of outward sense is as the palm of a hand,
The whole of the object is not grasped in the palm.
The sea itself is one thing, the foam another;
Neglect the foam, and regard the sea with your eyes.
Waves of foam rise from the sea night and day,
You look at the foam ripples and not the mighty sea.
We, like boats, are tossed hither and thither,
We are blind though we are on the bright ocean.
Ah! you who are asleep in the boat of the body,
You see the water; behold the Water of waters!
Under the water you see there is another Water moving it,
Within the spirit is a Spirit that calls it.
Keep silence that you may hear Him speaking
Words unutterable by tongue in speech.
Keep silence, that you may hear from that Sun
Things inexpressible in books and discourses.

Understanding that you are indeed connected to everyone and everything around you is no longer a mystery. Once aware, you need only to acknowledge the hub of consciousness that connects one entity to another to ignite your candle of consciousness. Connecting with this realm of consciousness can renew our belief in our own potential and capacity, as well as expand our view of possibilities for our society in terms of both spirituality and science.

In spiritual terms, the “Elephant in the Dark Room” invites you first to participate in a search of the truth that resonates with you. Then, once established in that truth, you can choose to continue by either clinging only to this partial understanding of truth (i.e., preconception and prejudice) or by valuing and respecting other belief systems to let the collective understating illuminate the entire body of truth. Acceptance of the unity of all religions and spiritual practices and their mutual purpose in expanding the domain of higher realms of reality is the essential element in vanquishing dualism and making peace with oneself, communities, nations, and the human race.

In technological terms, the concept of connecting to a higher realm of reality and possibilities is thoroughly analogous to a computer and its Internet connection. You, as an individual, are the super intelligent machine (analogous to a computer) that can operate at a certain capacity when left by itself. Your plans for how to use this machine to its maximum potential and even what to use it for in the first place would change substantially if you were told that it can be connected to a higher layer of information and intelligence (such as a locally connected server or globally connected Internet network). This is indeed the situation. Knowingly or unknowingly, we are all already connected to this network and influence its traffic in various ways. For the sake of everyone on the network, it is necessary that you know your multidimensional self and its capacity, connection, and relation to other forms of consciousness, whether or not you choose consciously to participate in the larger networks.

In the following weeks, you will establish (or empower previously established) pathways from the human mind and body (computer) to the flow of consciousness (Internet and servers) in the world around us. In these practices, we will be using the human heart as our network hardware (modem) to modulate the consciousness flow.

Now you may ask: Why are we choosing the heart, and how are we going to practice with it?

Beside the fact that many ancient spiritual practices and modern religions view the human heart as the sacred center of The Divine in the human body and the internal compass for life’s journey, scientific evidence also exists on the importance and the power of the human heart. HeartMath Institute Director of Research Rollin McCraty writes about human heart and its abilities in the paper titled “The Energetic Heart: Bioelectromagnetic Communication Within and Between People.”

The heart is a sensory organ and acts as a sophisticated information encoding and processing center that enables it to learn, remember, and make independent functional decisions. The heart, like the brain, generates a powerful electromagnetic field. The heart generates the largest electromagnetic field in the body. The electrical field as measured in an electrocardiogram (ECG) is about 60 times greater in amplitude than the brain waves recorded in an electroencephalogram (EEG).7

In another paper, “Emotional Stress, Positive Emotions, and Psychophysiological Coherence,” HeartMath Institute researchers McCraty and Dana Tomasin explain the power of the energetic heart this way:

Through the use of tools and technologies that foster positive emotions and psychophysiological coherence, individuals can effectively initiate a re-patterning process, whereby habitual emotional patterns underlying stress are replaced with new, healthier patterns that establish increased emotional stability, mental acuity, and physiological efficiency as a new familiar baseline or norm.8

In the final chapter, you will begin to understand and activate the virtues of the heart to synchronize its communication patterns with those of the global and universal networks, growing closer to yourself, your values, and our shared humanity in the process.